500 years ago political and cultural change swept through Europe which inevitably also touched the church of the time.

During this time a young exceptionally gifted law student in Erfurt, Germany, was on his way with a horse carriage, when a lightning bolt struck right next to him. He shouted out: “Help me, St. Anne!” “I will become a monk!”  The news was not received well by his father who had hoped that his poor life as a salt miner would change, once his son would become a professional lawyer. This did not stop the 21 year old young man, from leaving his studies and entering the monastery to commit his life into God’s service. The young man was Martin Luther. 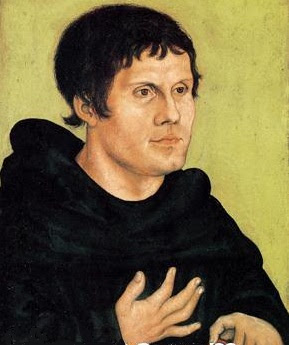 He was searching for the love and the will of God. He believed to be a sinful being who was not worthy to enter the gates of heaven. Until one day, he found a verse in Romans 1:17, which said that who could “live by faith” were already righteous.  He realized that he was not righteous. This disturbed him for a long time, until as a Professor at the Wittenberg University he realized that the righteousness of God is that through which the righteous live by a gift of God, namely by faith. With this revelation he felt as if he had “entered paradise itself through the gates that had been flung open.”

This eye-opener made him realize that the church was proclaiming untruths to its people and inspired him to write up 95 theses which he put up on the Wittenberg church door for everyone to read.

These theses spread like a fire through Germany and outside the borders as a call for the church to reform. Dr. Martin Luther was known for the translation of the Bible into German (which remains a literary and biblical hallmark); the writing of the hymn “A Mighty Fortress is Our God”; and publishing his Larger and Smaller Catechism, which have guided not just Lutherans but many others since.

This year Protestants all over the world are celebrating the 500 year centenary of the Reformation (from the day and year the theses were publicized). 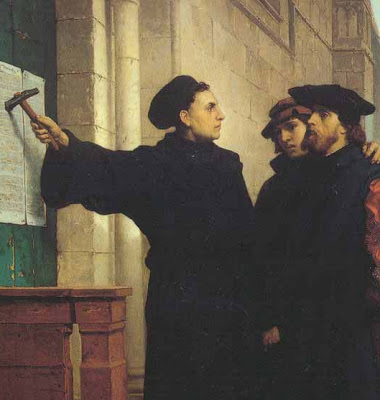 The one is a Wind Symphony Concert tour from the 11th to the 21st of May which will be performed in Cape Town, Pietermaritzburg, Vryheid and Pretoria, by the Concordia University of Chicago. The aim of the concert is to celebrate the message of faith and grace with fellow Christians, which is connecting and encouraging people from all continents. Many of the protestants who had left Germany to proclaim the gospel of Christ in other continents are still connected by their faith and celebrating this event together will be a testimony that our refuge is in our Father in Heaven, who wants us to continue building His Kingdom on Earth, by following the Great Commission.

The second event which is hosted by the Lutheran Education Association as part of the Reformation Celebration, during the same time, is the International Lutheran Education Conference (ILEC). The conference will be taking place in three venues, Pietermaritzburg, Vryheid and Pretoria. The aim of the conference is to bring like-minded leaders in education from different continents together to share their knowledge about Reformation in Education in the past, the present and the future on a global level.

Both events promise to be highlights in the calendars of the church and ALL who share the interest of proclaiming God’s message of love and grace to their environment and the world are welcome to attend.

Ensure to book your reservation before the 30th of April, as indicated on the posters.

×
Thank you for your message! We will answer you as soon as possible.